Understand what is a framework in programming and how you can create web applications fast using frameworks. Read Best 6 PHP Frameworks List For Web Development Digireload TeamJanuary 06, 20212 Mins read 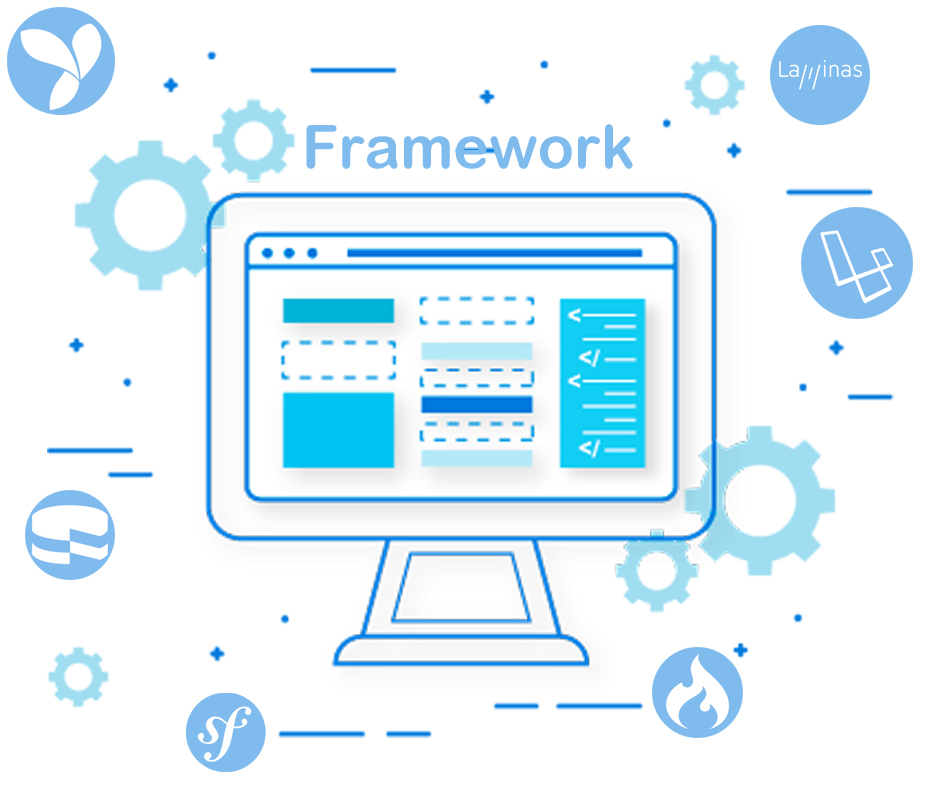 Laravel is one of the most popular frameworks for web development with expressive, elegant syntax. Making applications in Laravel framework is an enjoyable and creative experience as it cuts down common development tasks such as authentication, routing, and caching involved in developing an app or website, giving developers breathing and experimenting time. Developers choose Laravel as it makes development process simpler and efficient as they can build anything without sacrificing application functionality. Laravel has powerful tools with which you can create large,robust applications. It's control container, expressive migration system, and tightly integrated unit testing support enables you to build any application.

Laminas framework, previously known as Zend Framework, is managed by Linux Foundation. Laminas is nothing but a more secure and updated version of Zend framework, offering bug fixes and latest features. Zend however is not discontinued and if developers use it to build an application on it, they will have to migrate their project on Laminas. Laminas framework is one of the best php framework for ecommerce web development and is widely used across different organizations for content management, healthcare, entertainment and messaging. Laminas too has a developer's community which is always available to help developers

Want to develop a web application fast? Build it on CodeIgniter. CodeIgniter is a powerful PHP-MVC (Model-View-Controller) based framework which develops apps that are lightweight and easily testable. Most of the modern frameworks take under 1 second to load after installation (this is an average app time and it may vary depending upon your device) but CodeIgniter loads on average around less than 50ms. One of the reasons why CodeIgniter is listed among popular php frameworks of 2021 is its support - there are books, tutorials and answered forums available to help developers in case if they get stuck at a point while developing. A bonus feature is it also has built-in components for sending email, database management, session management and more.

CakePHP is an open-source framework for PHP. CakePHP, like CodeIgniter is based on a MVC-like architecture that is both powerful and easy to understand. CakePHP gives enhanced control to developers on database and SQL queries. Because of MVC interface users can develop robust web applications, without losing their environment flexibility and wasting much time. On the security front CakePHP has features like input validation and sanitization tools which enable the users to create secure apps. Overall, CakePHP framework is intended to make developing, deploying and maintaining applications less time consuming and easy.

Yii is a pure Object-Oriented Programming (OOP) framework. Yii is an open-source PHP framework for developing modern web applications rapidly and is built around the MVC pattern, which offers lighter and faster application development. The Yii framework has inbuilt latest PHP features, like traits and namespaces. With Yii framework's secure and professional features you can create robust projects rapidly. The Yii framework has a component-based architecture and a full solid caching support which makes it suitable for building all kinds of Web applications such as forums, portals, content managements systems, e-commerce websites, etc.

So these were the 6 best php framework for web development which you can use for developing varieties of websites or web applications. These are popular php frameworks in 2021 which most of the developers have been using to create powerful web applications in a matter of few days.

Coding & development are challenging profiles if you are working solo or if you working with a team. Sometimes you even have to work when you a...